Product prices and availability are accurate as of the date/time indicated and are subject to change. Any price and availability information displayed on [relevant Amazon Site(s), as applicable] at the time of purchase will apply to the purchase of this product.

Make sure this fits by entering your model number.
Only works in Arcade Legends 3
30 Great Retro Game Titles to add to your game 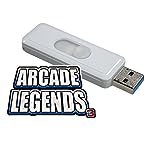 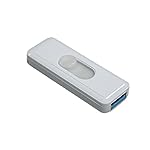 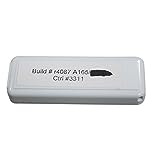 NOTE: This game pack is backward compatible with models from 2015 and newer. If your game is 2014 or older, you will need Game Pack 532. This pack only works in Arcade Legends 3. It does not work in any earlier versions of Arcade Legends. Installation involves removing the screw-in current USB, removing the USB and replacing it with the new USB, and inserting the screw. 30+ Additional Games(Games Subject to Change)